We bring this legendary pianist back to the series to celebrate our milestone in repertoire for which he is most famous. Help us raise a glass with a longtime friend for an event you won’t soon forget.

Program runtime is approximately 2 hours with one intermission

If you would like to join us for a post-concert dinner, please join our Honorary Committee. Fill out our response form and email Derek Delaney or call 518.941.4331. 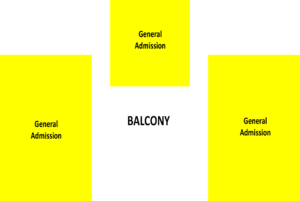 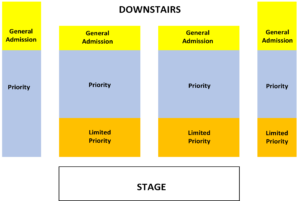 Born in Lvov, Poland, Emanuel Ax moved to Winnipeg, Canada, with his family when he was a young boy. His studies at the Juilliard School were supported by the sponsorship of the Epstein Scholarship Program of the Boys Clubs of America, and he subsequently won the Young Concert Artists Award. Additionally, he attended Columbia University, where he majored in French. Mr. Ax captured public attention in 1974 when he won the first Arthur Rubinstein International Piano Competition in Tel Aviv. In 1975 he won the Michaels Award of Young Concert Artists followed four years later by the coveted Avery Fisher Prize.

The 2013/14 season begins with appearances at the Barbican Centre followed by Lincoln Center with the London Symphony Orchestra conducted by Bernard Haitink as well as collaborations with the Concertgebouworkester and Mariss Jansons in Amsterdam, Bucharest, China and Japan during their world-wide centenary celebrations. The second half of the season sees the realization of a project inspired by Brahms which includes new pieces from composers Missy Mazzoli, Nico Muhly, Brett Dean and Anders Hillborg all producing works linked to Brahms commissioned jointly between the Los Angeles Philharmonic, Cal Performances Berkeley, Chicago Symphony and Carnegie Hall with the participation of collaborators Anne-Sophie von Otter and Yo-Yo Ma. To conclude the season, he will travel to Hong Kong and Australia for a complete cycle of Beethoven concerti with incoming Chief Conductor David Roberston in Sydney and with Sir Andrew Davis in Melbourne.

In conjunction with his multiple weeks as Artist in Residence with the New York Philharmonic during the 2012/13 season, Sony Classical released his latest recital disc of works from Haydn to Schumann to Copland reflecting their different uses of the “Variation” concept. In the spring he joined that orchestra on their European tour conducted by Alan Gilbert. He returned to the orchestras in Los Angeles, St. Louis, Atlanta, Detroit, Washington, and Pittsburgh where he is a beloved regular.

Highlights of the 2011/12 season included return visits to the symphonies of Boston, Houston, Toronto, Philadelphia, Pittsburgh, Detroit, Cincinnati; New York, and Los Angeles Philharmonics and San Francisco Symphony with whom he collaborated in the “American Mavericks” festival presented in San Francisco, Ann Arbor, MI and Carnegie Hall, NY. As curator and participant with the Chicago Symphony for a two week spring residency “Keys to the City” he performed multiple roles as leader and collaborator in a festival celebrating the many varied facets of the piano.

A Sony Classical exclusive recording artist since 1987, recent releases include Mendelssohn Trios with Yo-Yo- Ma and Itzhak Perlman, Strauss’s Enoch Arden narrated by Patrick Stewart, and discs of two-piano music by Brahms and Rachmaninoff with Yefim Bronfman. Mr. Ax has received GRAMMY® Awards for the second and third volumes of his cycle of Haydn’s piano sonatas. He has also made a series of Grammy-winning recordings with cellist Yo-Yo Ma of the Beethoven and Brahms sonatas for cello and piano. His other recordings include the concertos of Liszt and Schoenberg, three solo Brahms albums, an album of tangos by Astor Piazzolla, and the premiere recording of John Adams’s Century Rolls with the Cleveland Orchestra for Nonesuch. In the 2004/05 season Mr. Ax also contributed to an International EMMY® Award-Winning BBC documentary commemorating the Holocaust that aired on the 60th anniversary of the liberation of Auschwitz. In 2013, Mr. Ax’s recording Variations received the Echo Klassik Award for Solo Recording of the Year (19th century music)/Piano.